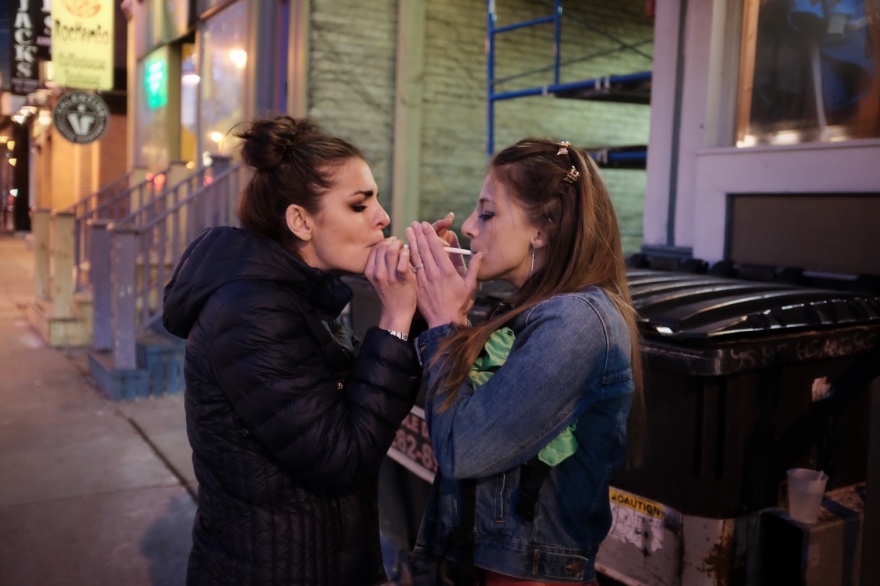 The 24 Hour Project is a bit of a bucket list adventure. Once you’ve done it, it’s reasonable to question if you’d do it again, subject yourself to the sleep deprivation again, walk as far again, struggle as much again. For me, the answer was yes. Fortunately my partner in crime from last year, Jake Rhode, was up for it again too.

Our goal was to not follow the exact path we took last year. We sort of succeeded at that. Many different stops, some repeat locations, mostly dictated by the constraints of early spring outdoor activity in Milwaukee, WI. Ok, here’s the play-by-play:

Jake and I started the project at midnight with a short walk in Bay View to get our first photo and then stopped in at Sugar Maple. I remember when Sugar Maple was newly opened and they served soup in addition to beer. Always liked that and still miss the soup option to this day. It was not particularly full this night and I did not see a good photo opportunity there so we headed to Burnhearts. I got photo two and three there covering the 1-2am and 2-3am hours. 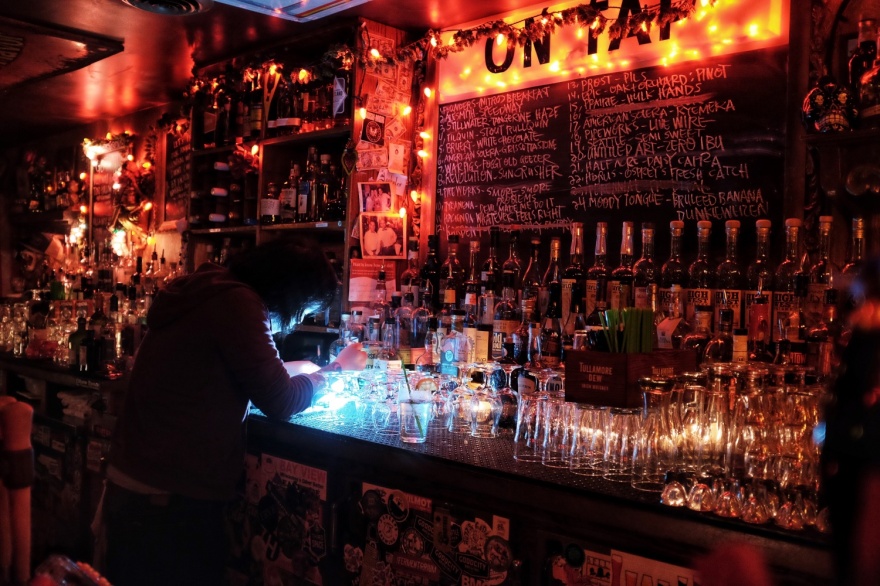 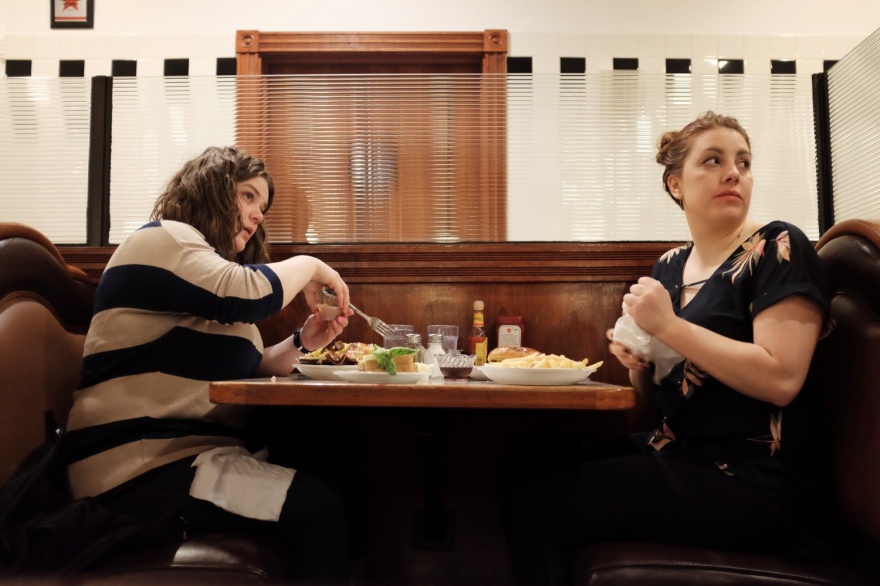 From there we headed to Ma Fischer’s for some food. This is one of just a handful of places open 24hrs in Milwaukee and the options got slim after we left. It was of course very dark but also unseasonably cold. I remember seeing “feels like 7 degrees” on my phone. I grabbed a photo of a dedicated individual in the gym at 4:29am and some people waiting in the Amtrak station at 5:43am. Like last year, these were a couple of the toughest hours of the entire project. I could see the sky begin to lighten as we left the Amtrak station and that gave me a boost. 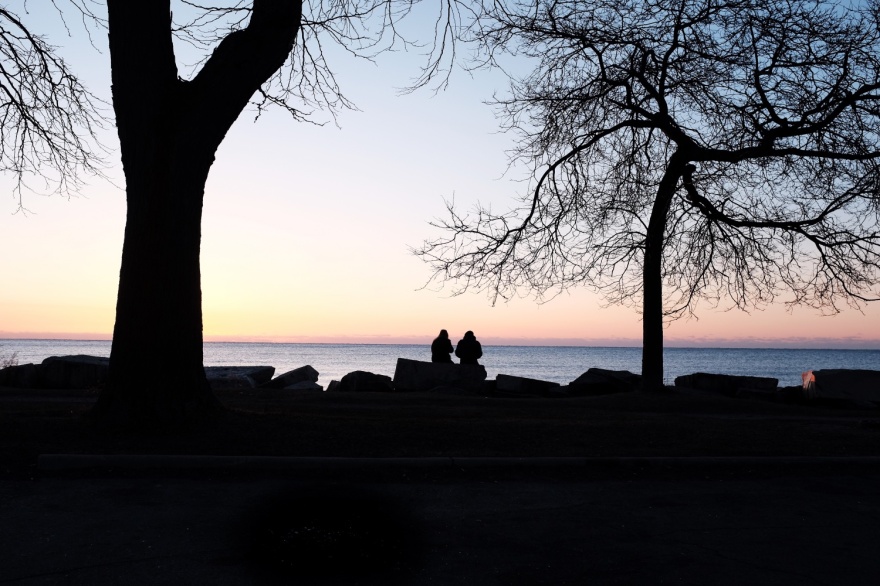 From there followed several uninspired hours where I produced a number of uninspired photographs. All 24 photos form the project are in the gallery here but none were worth putting into this recap. By noon, I needed something to change and fortunately it did.

The entire afternoon I felt good about what I was getting and much happier with my choices when deciding what photo to upload each hour. 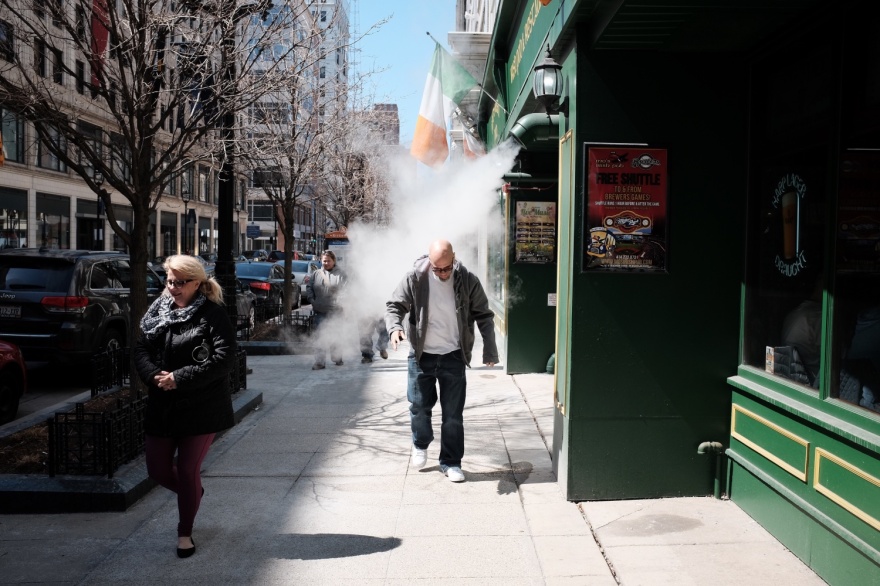 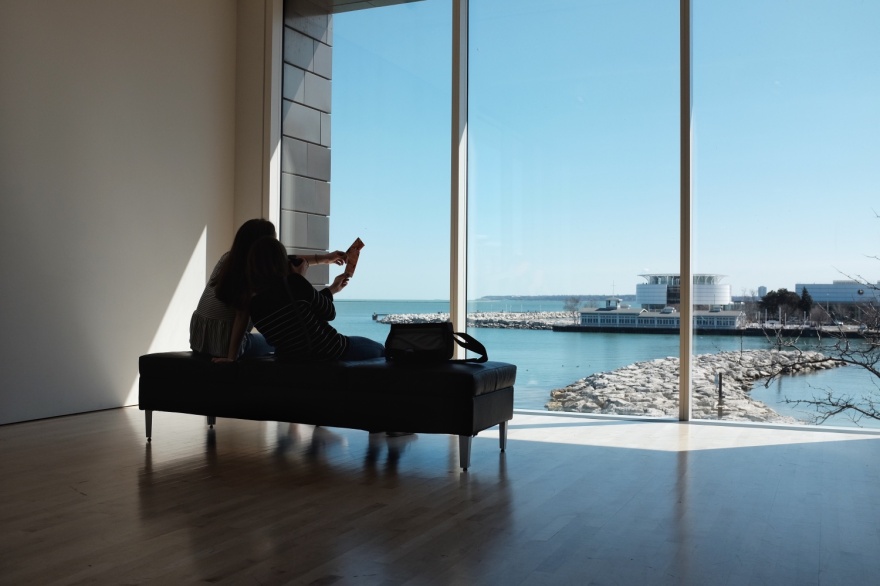 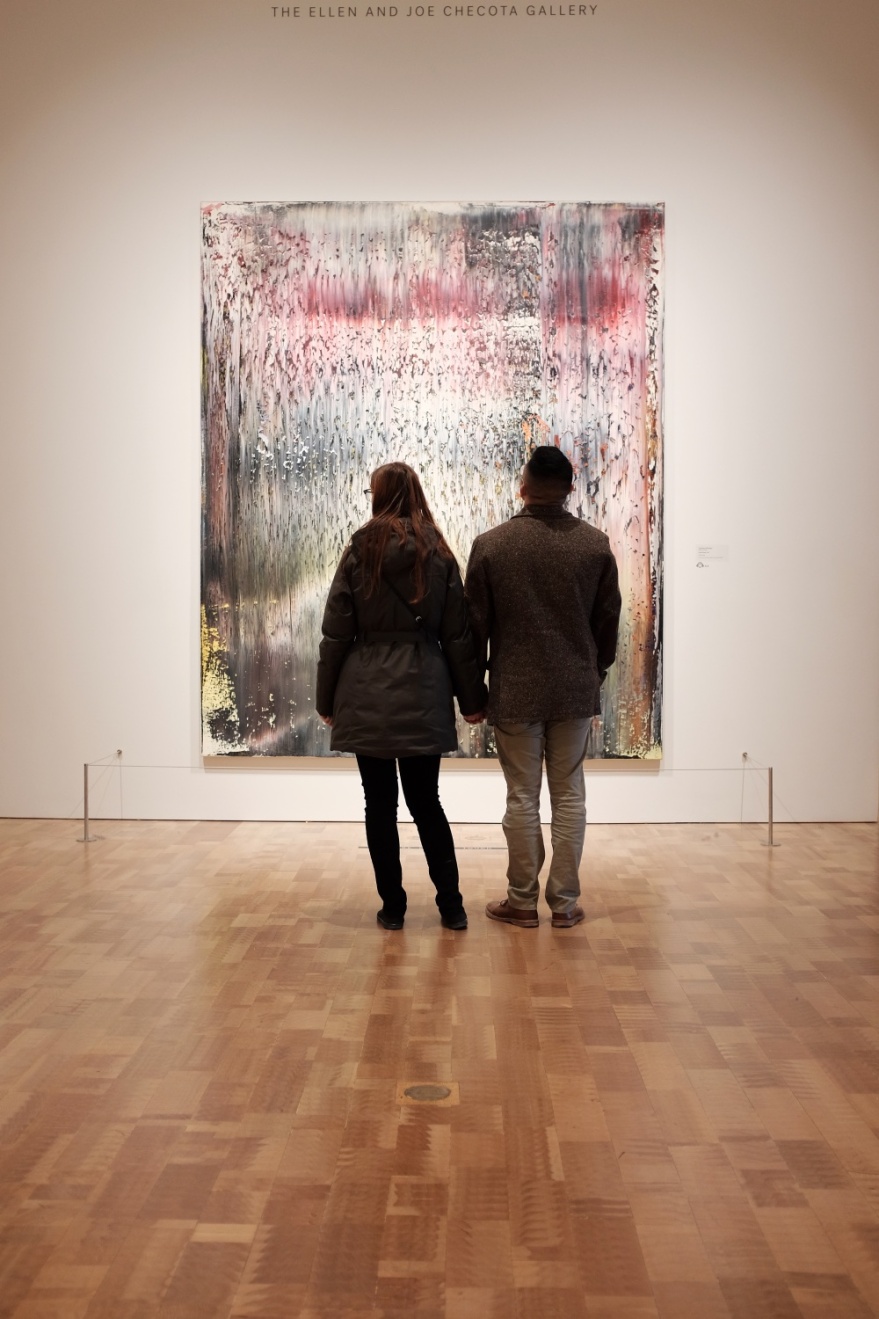 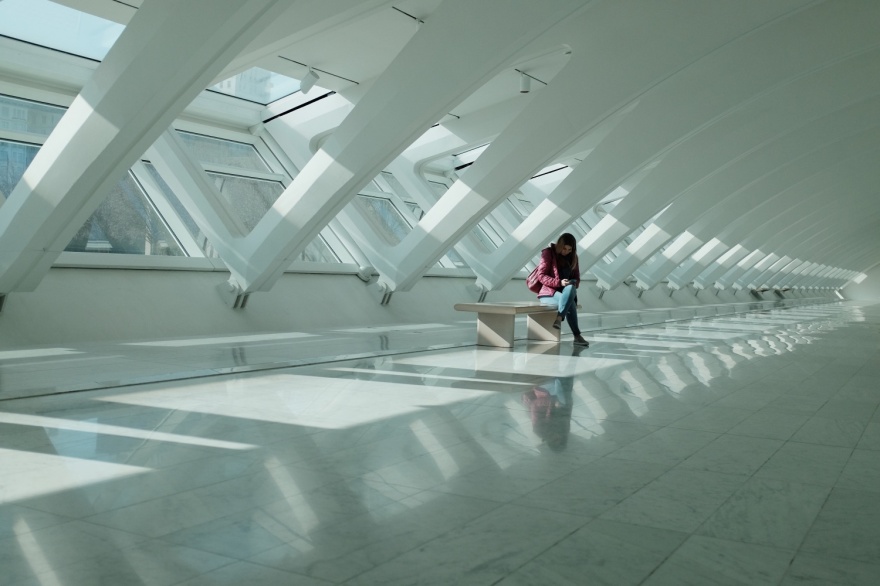 After spending several hours downtown and at the Milwaukee Art Museum, we decided to head to Brady Street. The light was really good and Brady Street did not disappoint. Lots of people out and I struck up a conversation with this guy in a bright red hat. He was carrying a camera as well and said he was just getting into photography. I asked him to step forward into the light and got his portrait. 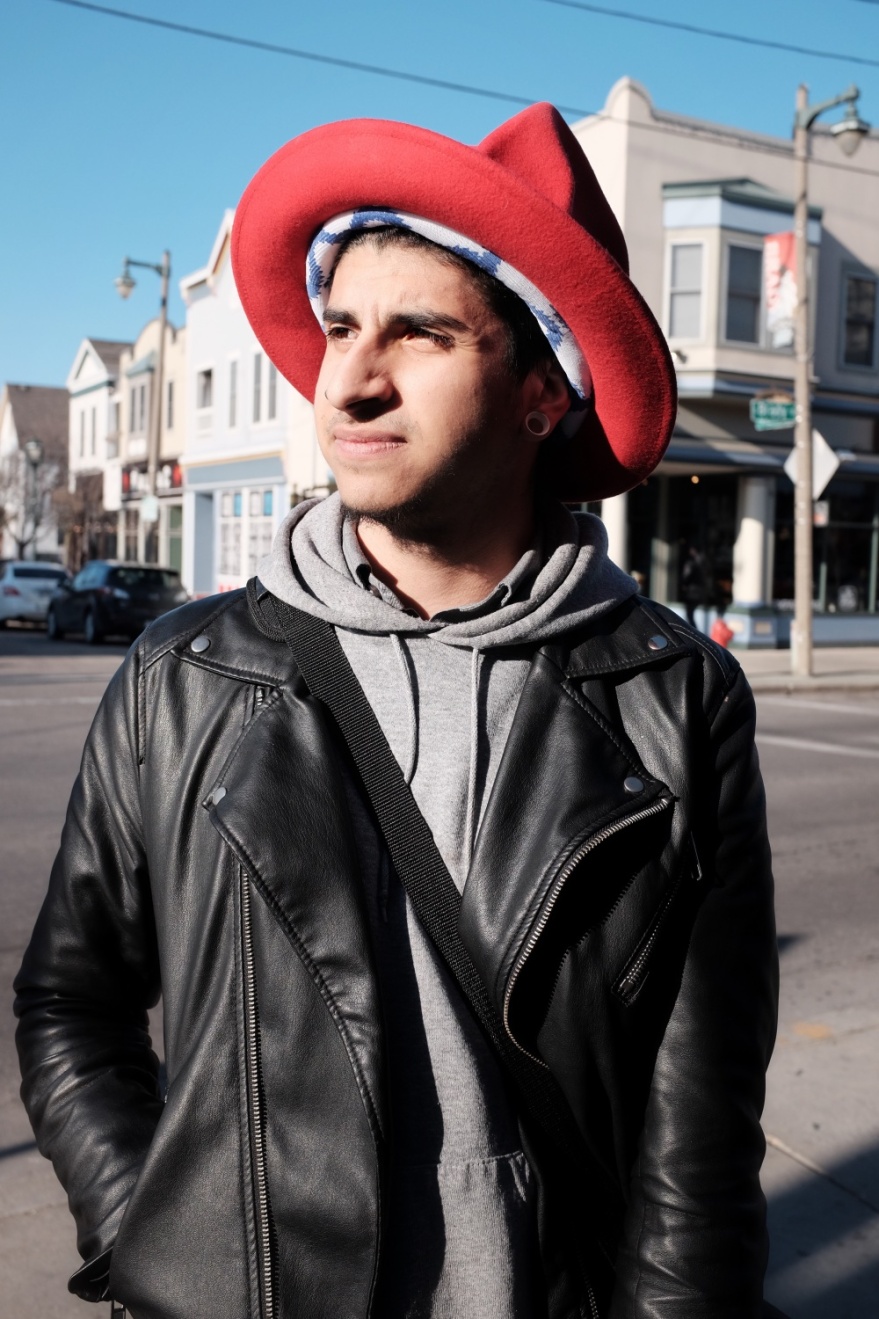 In our effort to keep moving, we decided to head back downtown. We walked quite a bit but nothing good presented itself. Eventually we ended up on Old World Third Street where thankfully there were a lot of people. That took care of the 6-7pm hour and we went back to Brady Street. Time was running out and we could not find a parking spot. I was about to stop in the street and let Jake out with my camera so he could get a shot for the hour for both us when I finally found a spot to park. With 10min to go, we hit the street and I made my favorite photo of the project with just 5 minutes to spare. 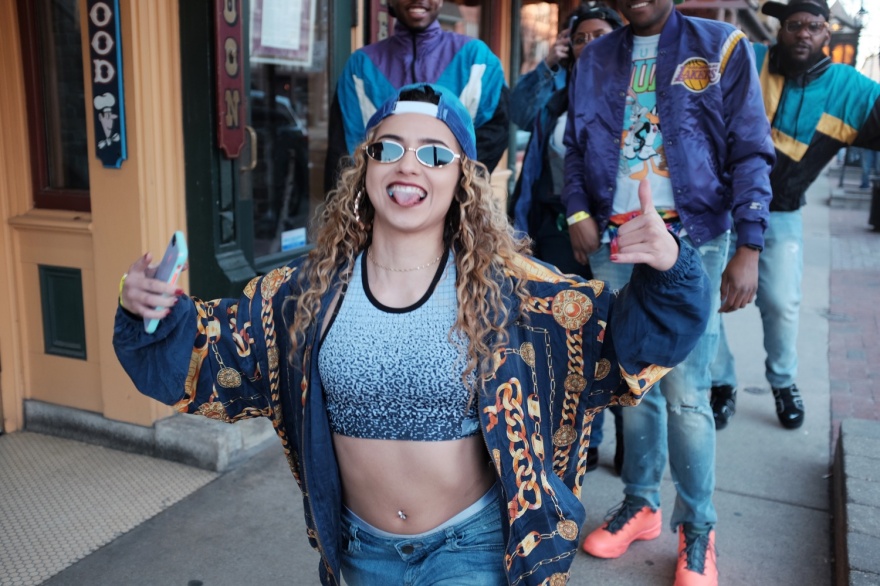 From there we decided to hit up Von Trier from 8-9 and a buddy of mine met us out. He got us an Uber to Wolski’s for the 9-10 hour. We finished the night in the Lincoln Warehouse where Jake and Simon had their photo studio. We had a fantastic cocktail and an excellent local beer at Enlightened Brewing Company to close out the project.

Will I do it again next year? I like to think I will. Jake and Simon and Rob are hard at work to open Vennture Brew Co very soon and running that business may make it tough for Jake. I would be open to traveling south and documenting Chicago in 2019. There have been a few participants there the past few years so maybe I’ll connect with some Chicago locals. Either way, I’ve got plenty of time before I have to make that decision.

For anyone wondering: Fuji X100T, Classic Chrome film simulation, Snapseed for editing. Jake shot with a Fuji XT-1, a mix of black and white as well as color, and I think he was using Filmborn to edit. My 2017 recap is here.